WonderWorks™ inc.  has completed a simulator platform that can be used with any object.   It is far easier to operate and approximately one-third the cost of other simulator platforms.  In the photos on this page, Space Cadets (a UK Reality show) rented our Shuttle cockpit and mid-deck and used one of our platforms to create a convincing simulation of an actual Space Shuttle flight.   One of many keys to the simulation's success is our sound system which recreates the sound of the Space Shuttle launch.   The simulator shown here is 45 feet long and 15 feet wide, bigger than a bus!   Many of the images on this page are from Space Cadets.  See it on YouTube at  Space Cadets_Episode 1 of 6   We also have film grade Space Suits for Hire Here.

"BEST SIMULATOR EVER" for "Greatest 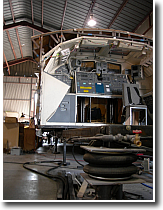 in Space Cadets with iMax simulation in

in Space Cadets during take-off

Space Shuttle Rental and Simulator in

Introduction to Space Cadets out shuttle 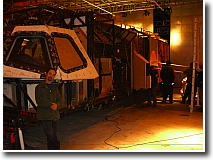 The Shuttle simulator on stage with

Eamonn Price, in the UK. 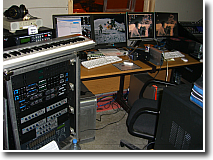 Part of the WonderWorks computer

system to run the simulator. 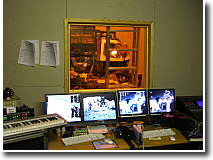 View of simulator from WonderWorks

identical to that of our larger units.

Education for more than 40 Years!